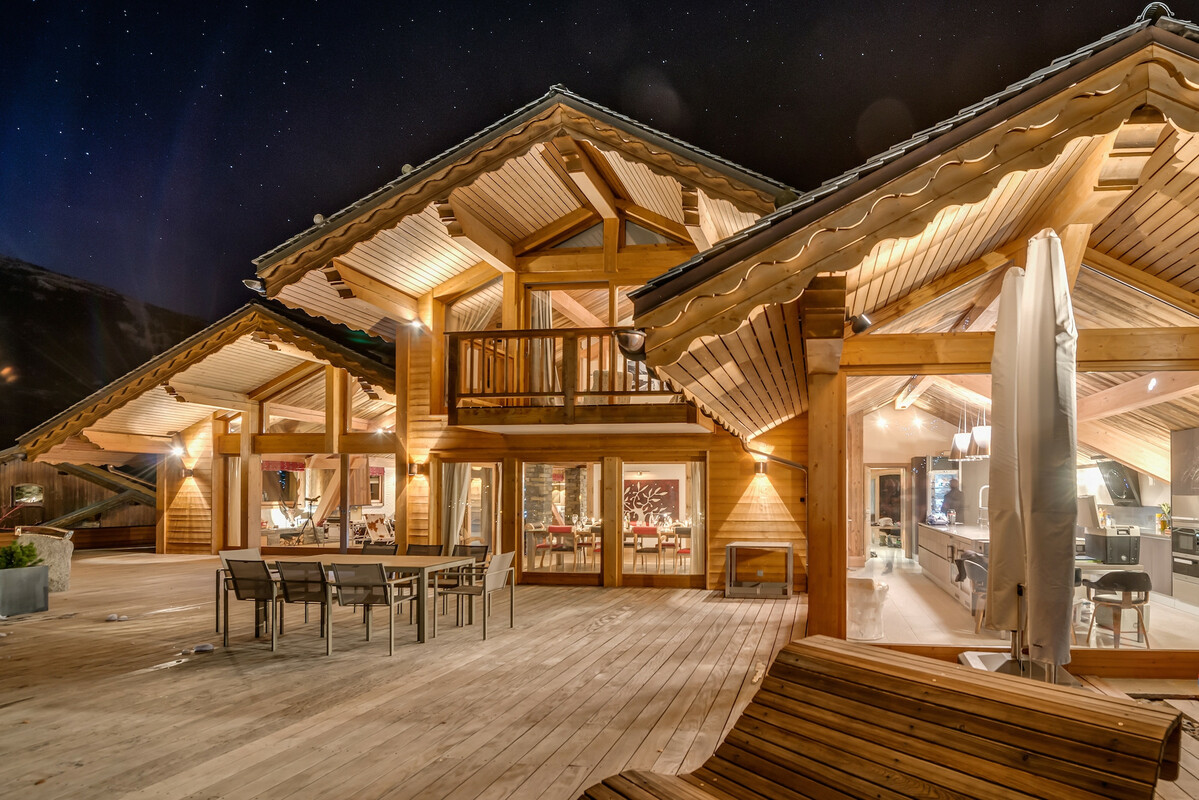 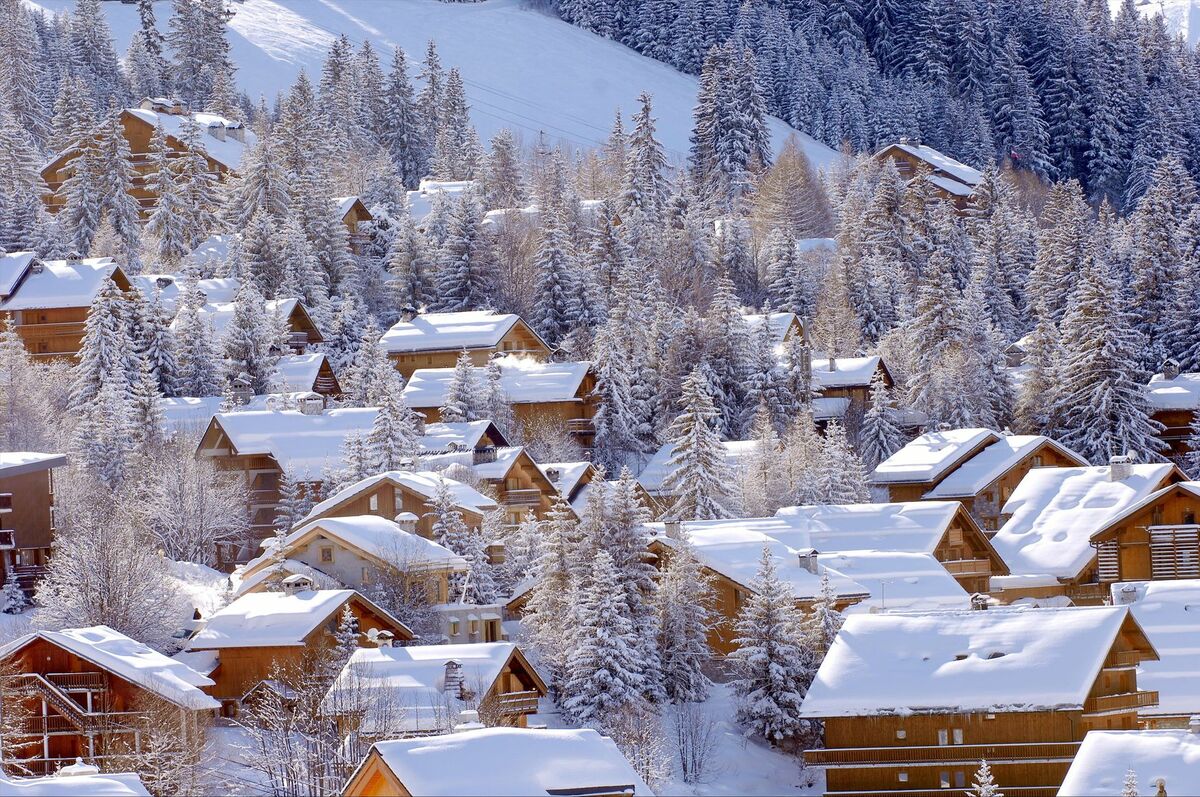 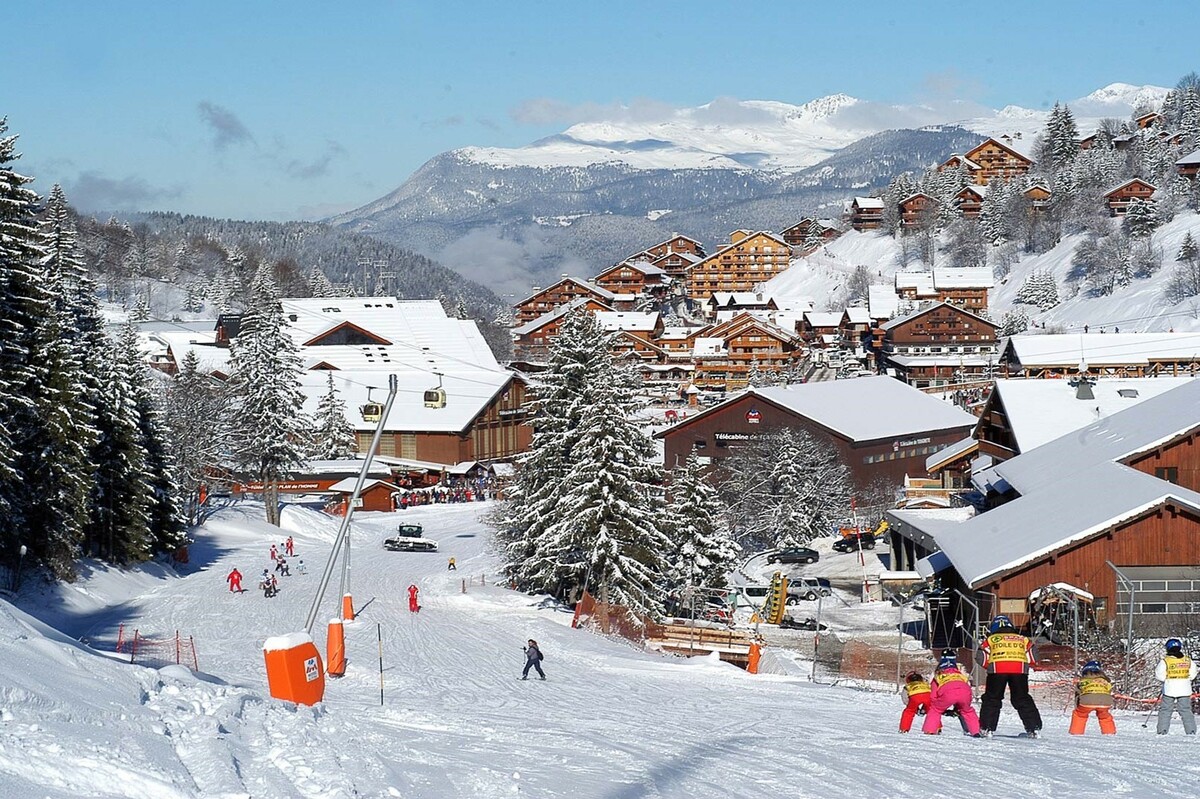 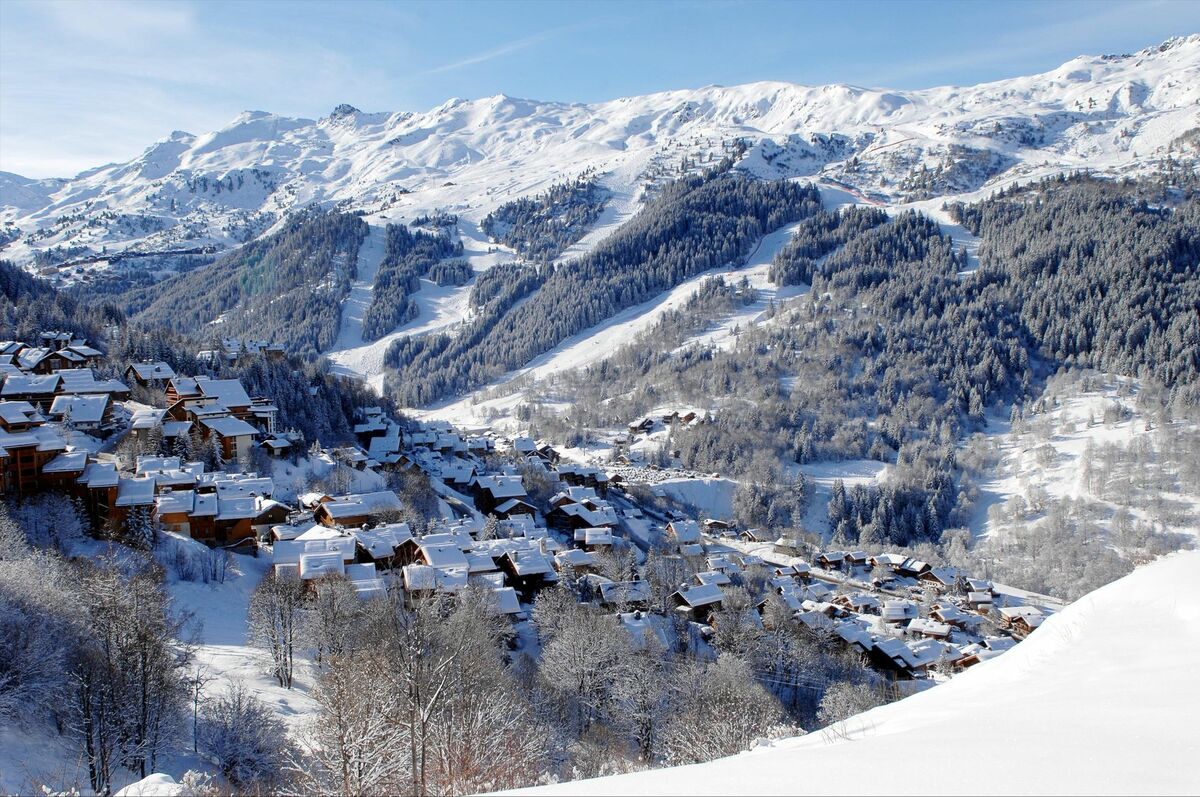 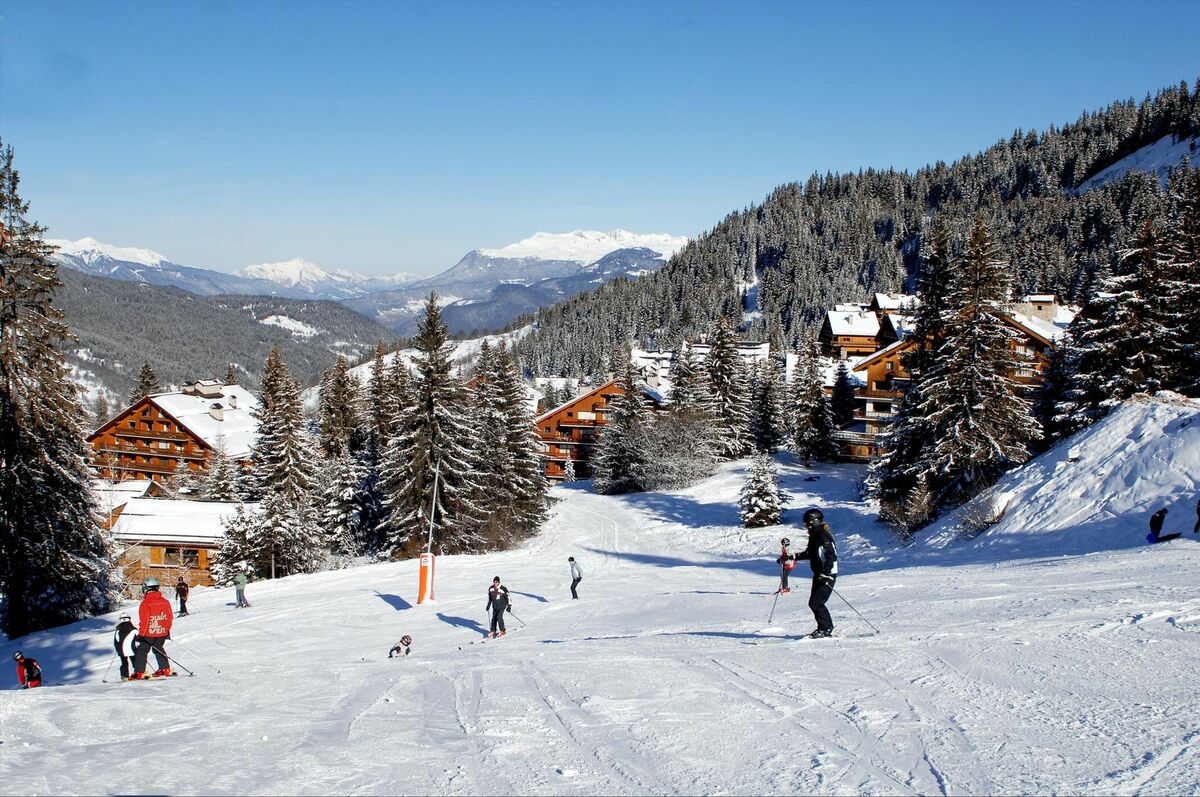 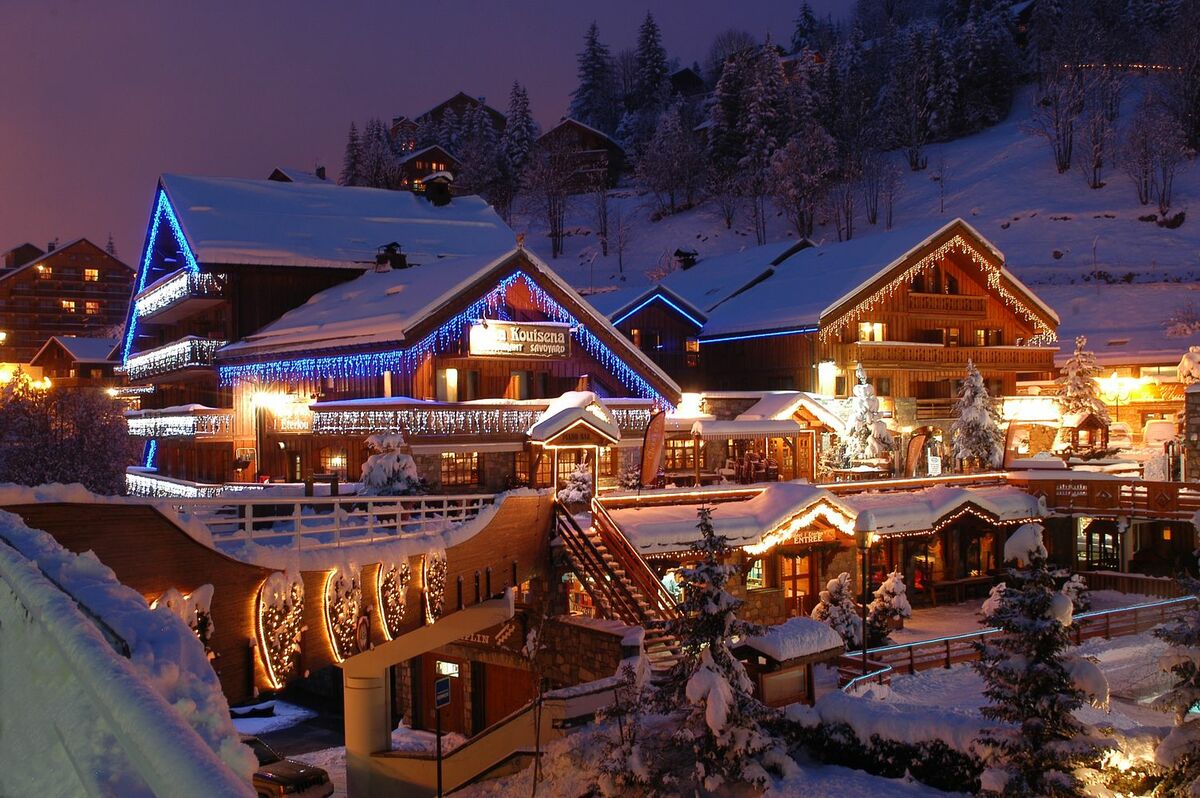 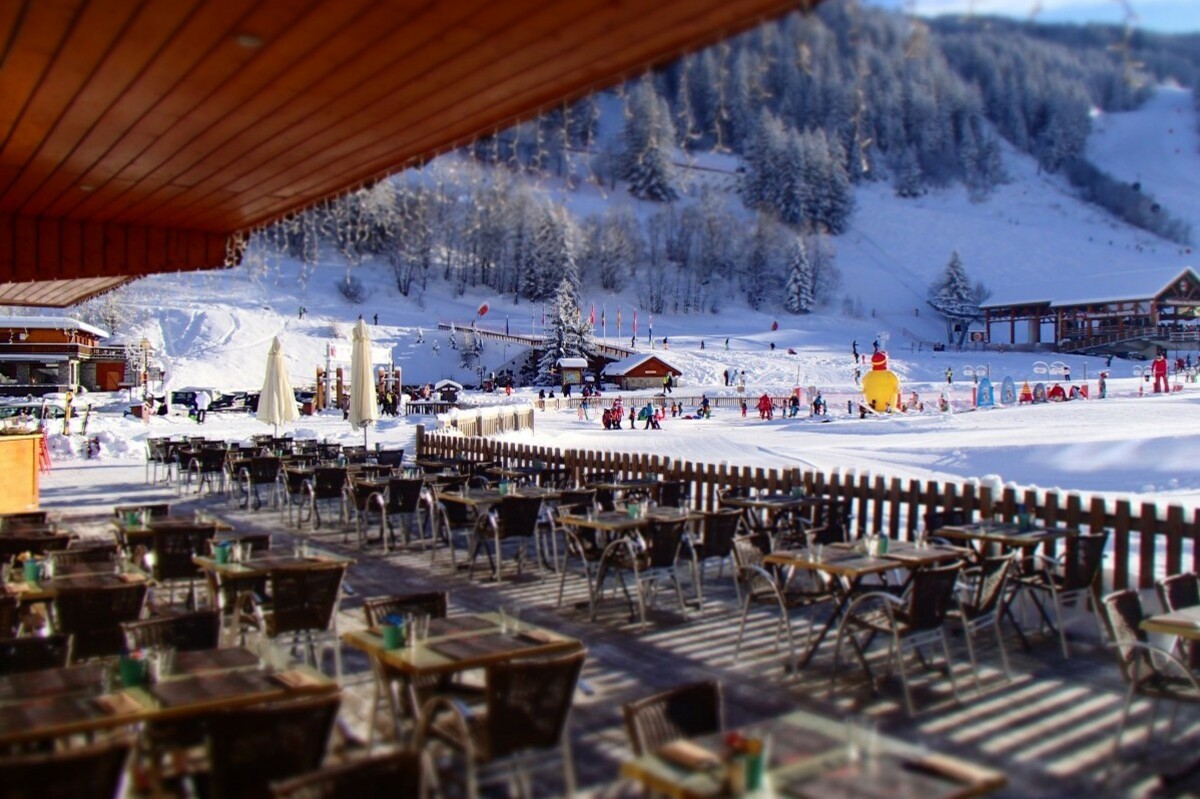 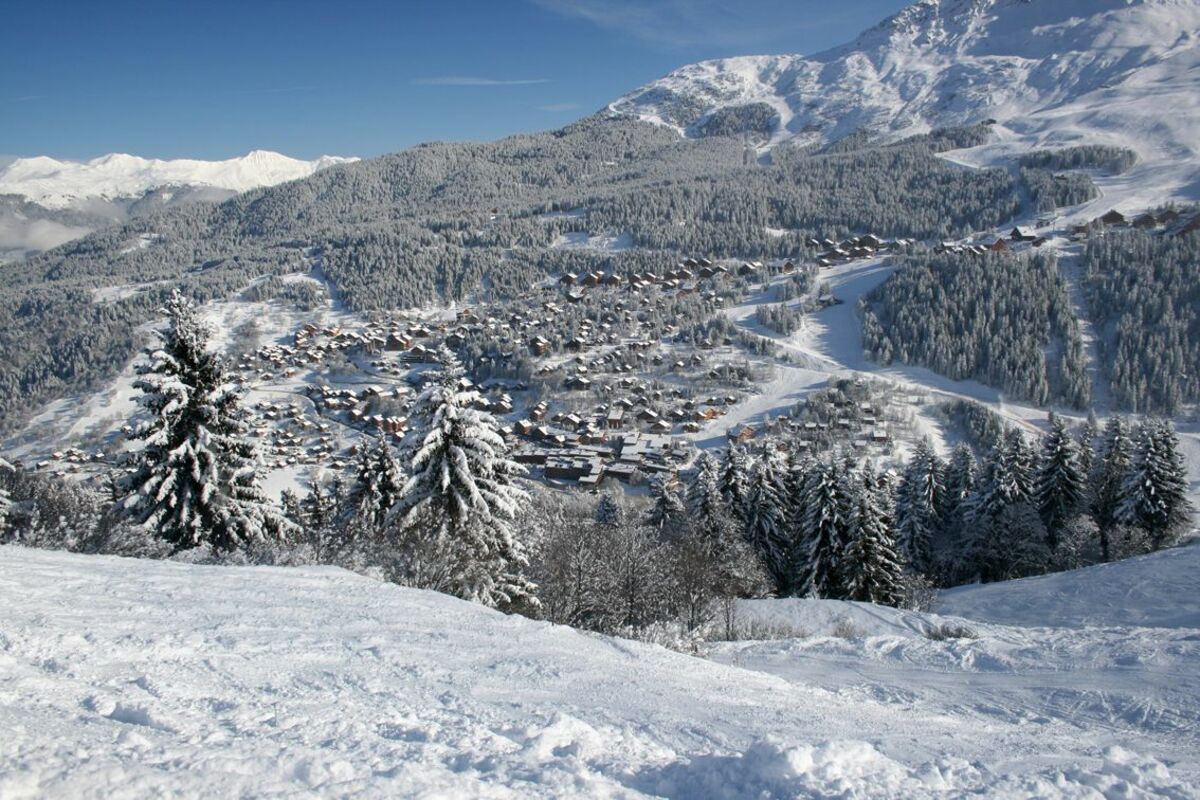 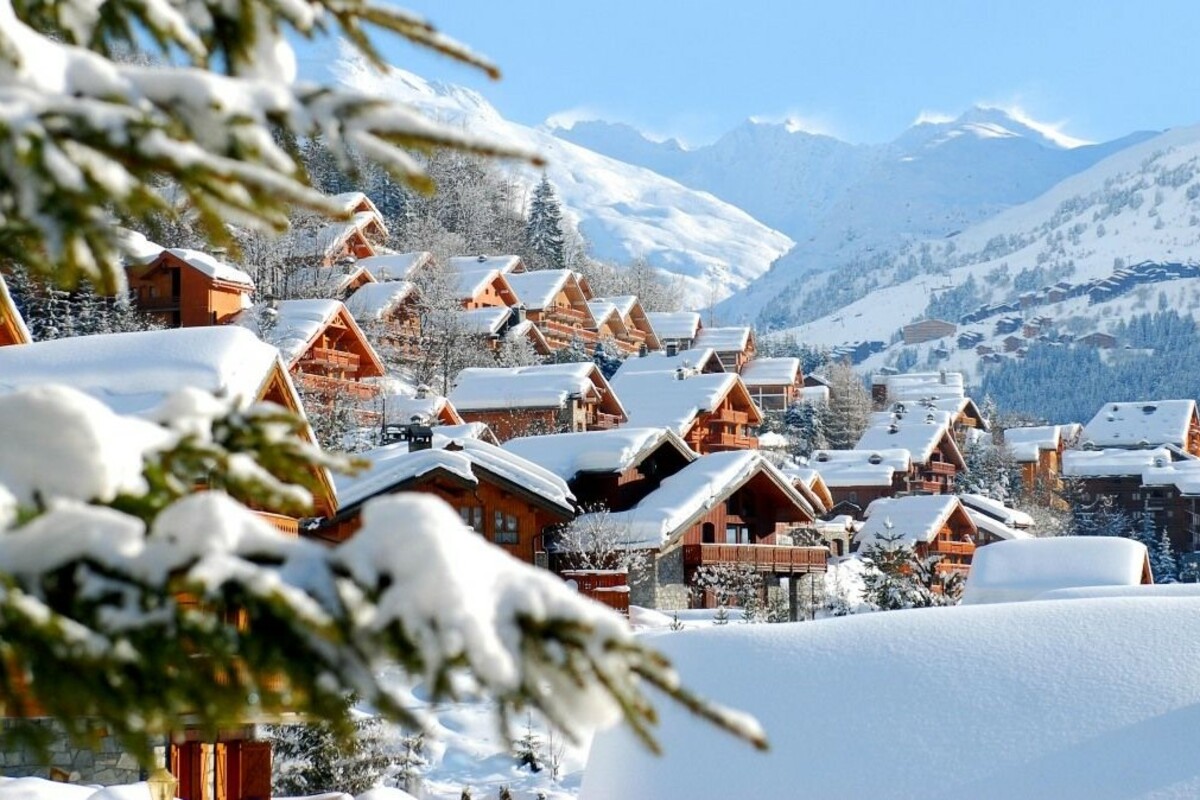 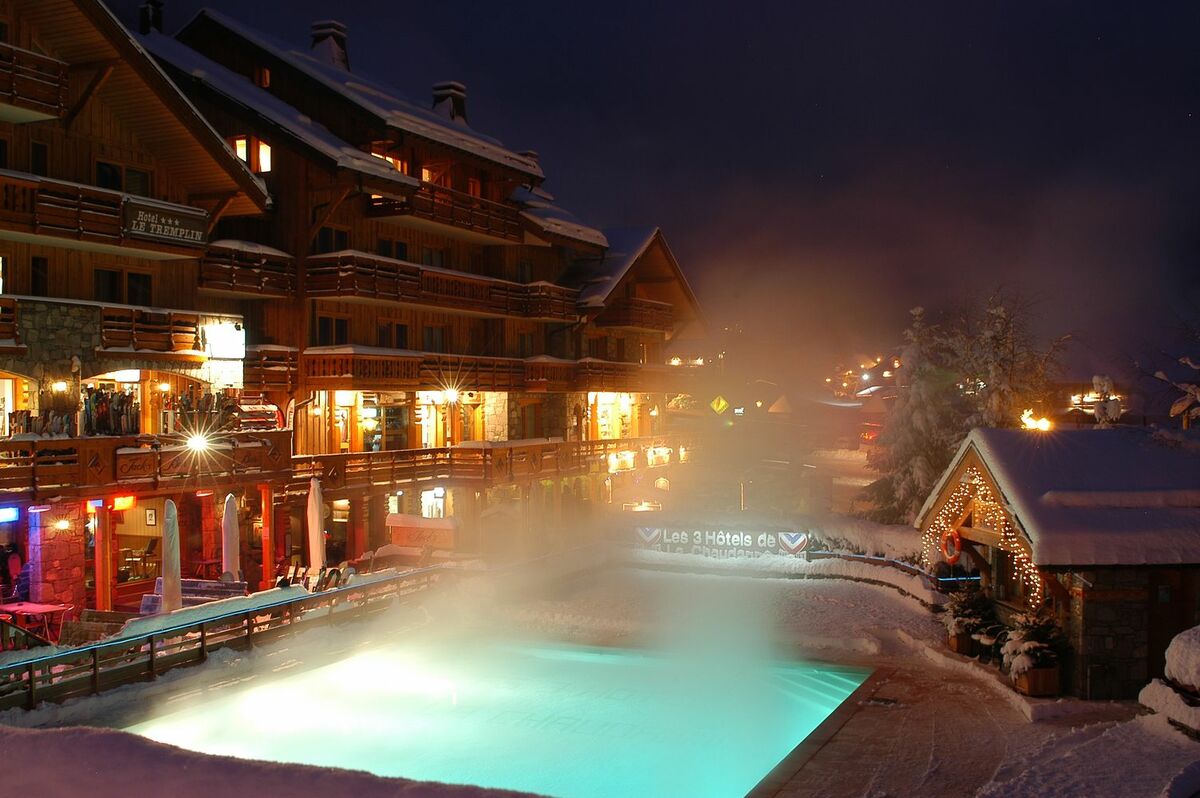 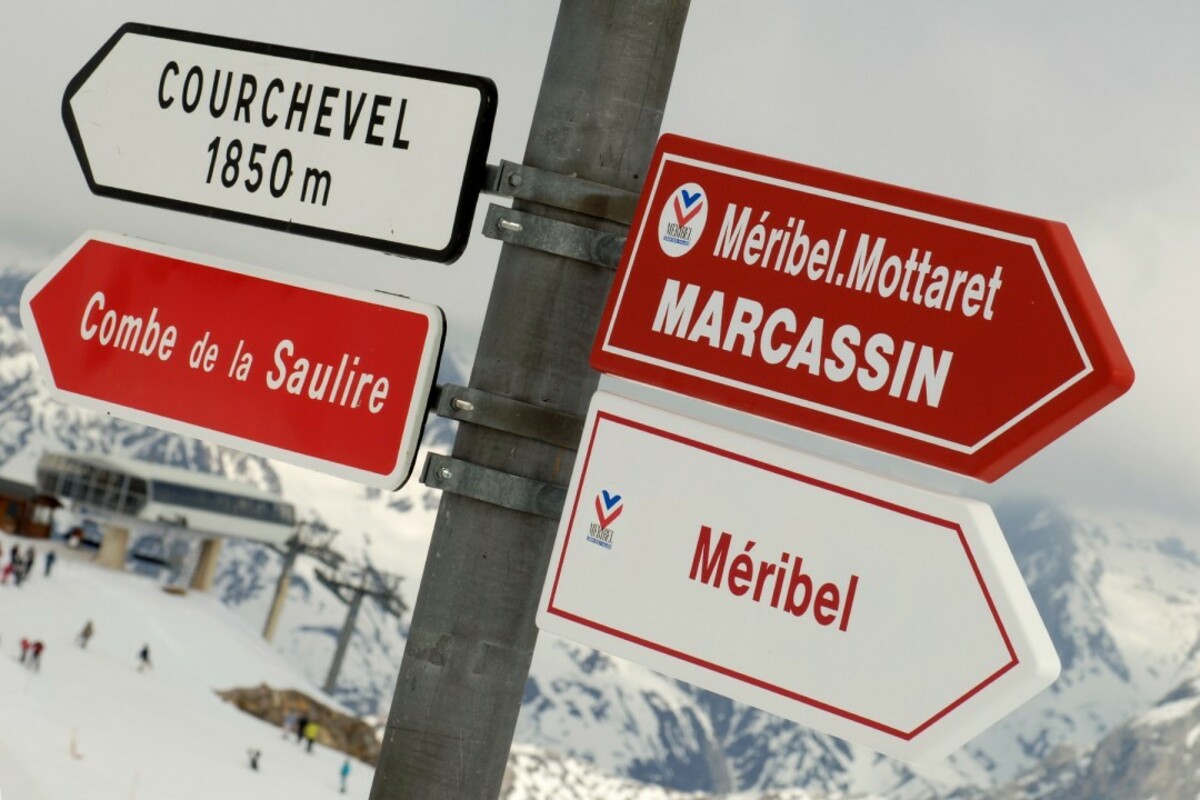 This resort guide to Meribel, one of the most popular resorts with the British market, gives an overview of the ski area, the restaurants (both on and off the mountain), the après ski scene and also the nightlife options available to those that choose to take their ski holiday in this fabulous Three Valleys ski resort.

Englishman, Peter Lindsay, came across Meribel in 1938 and returned in 1946 with architect Christian Durupt. Strict guidelines were set for Meribel to retain its traditional Savoyarde architectural building style and as a result, all the principal buildings and chalets have been built with the traditional local stone, slate and wood. There are none of the concrete blocks you find in some purpose built French resorts which makes Meribel one of the prettiest French ski resorts. With its lower tree-lined runs bathed in the afternoon sunlight it really does look like the perfect Alpine resort. The lift links over to the Courchevel valley (to the East) and to the Val Thorens Valley (to the West) are very good and makes skiing anywhere in the Three Valleys hugely accessible.

Situated in the centre of the biggest linked piste network in the world Meribel is ideal for intermediates who love covering the miles. There are great ski schools many of which cater especially for the British market, lots of après ski options and further activities to do off the slopes. Meribel is very difficult to beat with over 200 lifts (generally queue free) and over 600km of pistes.

Meribel should not be confused with Meribel Village, Meribel Les Allues or Meribel Mottaret as all four are quite distinct villages with their own characters. Meribel is the main resort with the largest choice of accommodation, restaurants, bars and nightclubs. Meribel Village and Meribel Les Allues are smaller, quieter and more traditional villages. The former giving easier access to the ski area via the Golf Chairlift.


Get a feel for Meribel ski resort. Check out our resort guide video. Meribel has always been one of our most popular resorts - with its architectural charm, après ski scene and central position within the Three Valleys ski area it's not hard to understand why.

View all our chalets in Meribel

View all our hotels in Meribel

Meribel has a good selection of restaurants but you won't find better than the fine dining at the hotels. Some of the best hotel restaurants include the Grand Coeur, Allodis and Kouisena (in the Eterlou hotel). La Taverne restaurant downstairs has a diverse menu. Le Refuge offers local specialities as well as pizzas and steaks. The Tsaretta in Les Allues is very popular with the locals. For a cheap option head to either Scott's or La Taverne.

A welcome addition to the slopes of Meribel has been the Folie Douce. The self-service Folie Douce has had good reviews with wide selections of Savoyard dishes at reasonable prices. Fruitiere is their table service restaurant, with a delicious menu and exclusive dining experience with first class entertainment and cabaret. Le Rok at the mid-station of the Pas du Lac gondola is a restaurant with excellent food especially popular for their steak tartare prepared at the table. Le Rond Point, just above the resort, is not only a great après ski venue but also serves excellent a la carte meals at lunchtime. Cretes on the Tougnete ridge is perfectly position with stunning views, and although a limited menu it has amazing food. Further afield, just above Mottaret, Les Rotisseurs du Mottaret is a great place to visit known for its meat specialities. At resort level, there a three popular slope side hotel terraces - the Adray Telebar and the Allodis are excellent and definitely worth a look.

The après bar rivalling the hot spot for mountain bars is the new Folie Douce by the mid station of the Saulire gondola. Packed and electric by 4pm this après bar with live entertainment and cabaret has knocked Le Rond-Point off the top spot, making it a must to visit. If you've heard of/ or visited other Folie Douce venues around France this one won't disappoint with people drinking and dancing on tables in ski boots. L'Arpasson hut is also an up and coming après place to try opposite the Tougnete 1 lift. For something a bit different and sophisticated L'Abreuvoir injects a cool French vibe into the après scene in this stylish and funky bar.

Around the main town Meribel has a great choice of bars and clubs to carry on partying into the night. Barometer is a great place to try the local Mutzig beer or have chilled drinks in Scotts. L'Abreuvoir offers a more sophisticated venue to drink at. For nightclubs the Brewer's Den (the bar) and O'Sullivans (the night club below - formerly known as Dick's Tea Bar) are open late and are very popular place with the British located a short walk from the main centre. Meribel's Les Saints Peres, by the Olympic centre, is a great nightclub if you are looking for something with more French style and clientele.