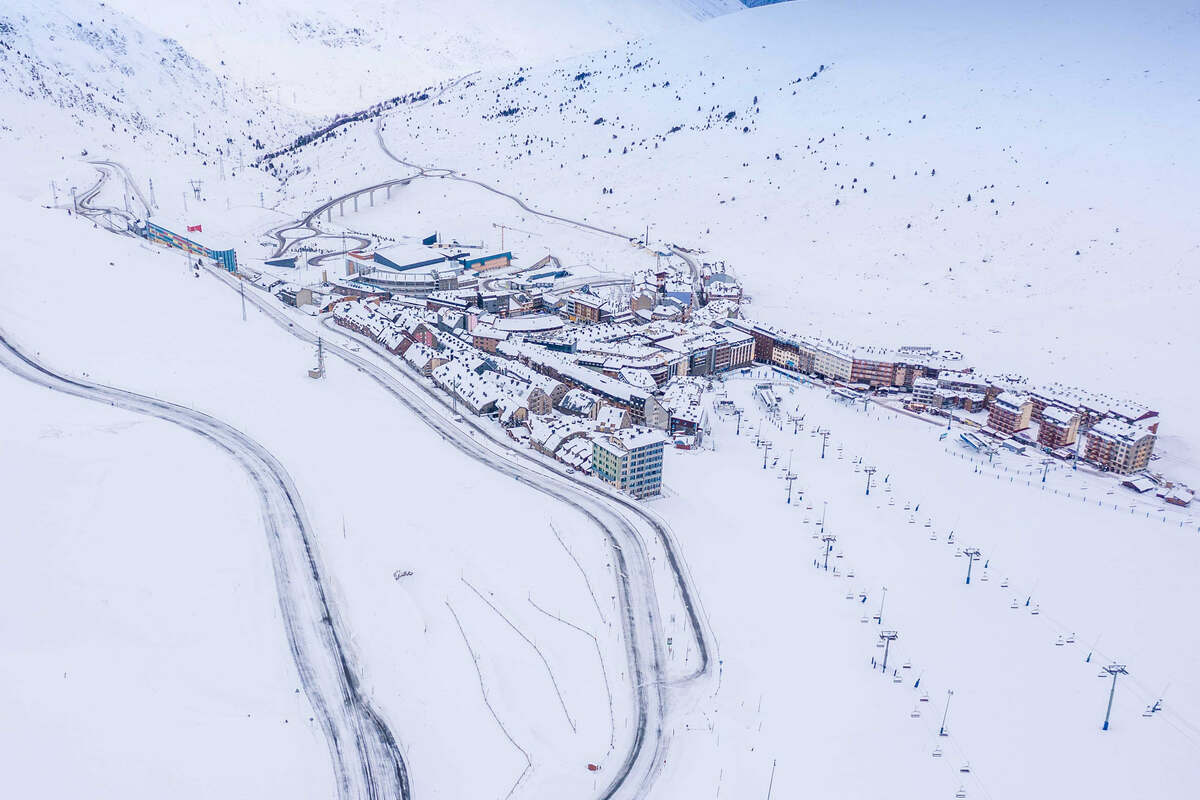 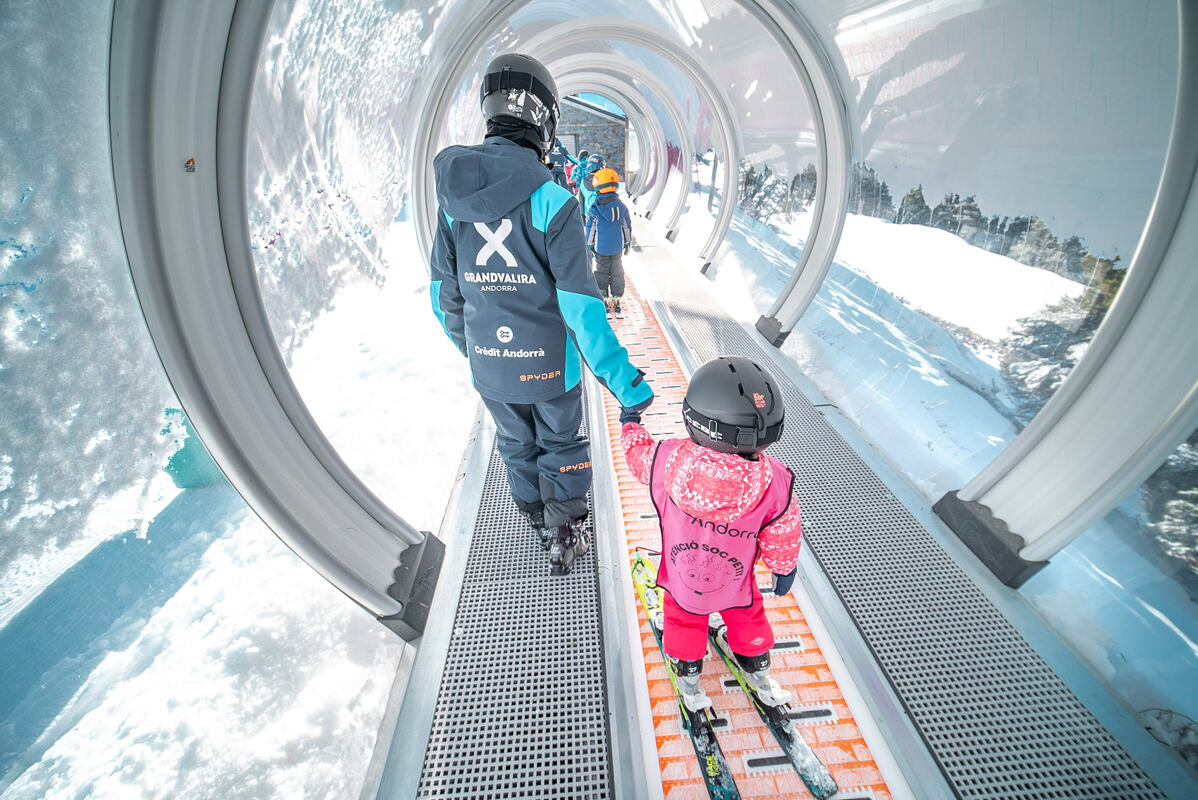 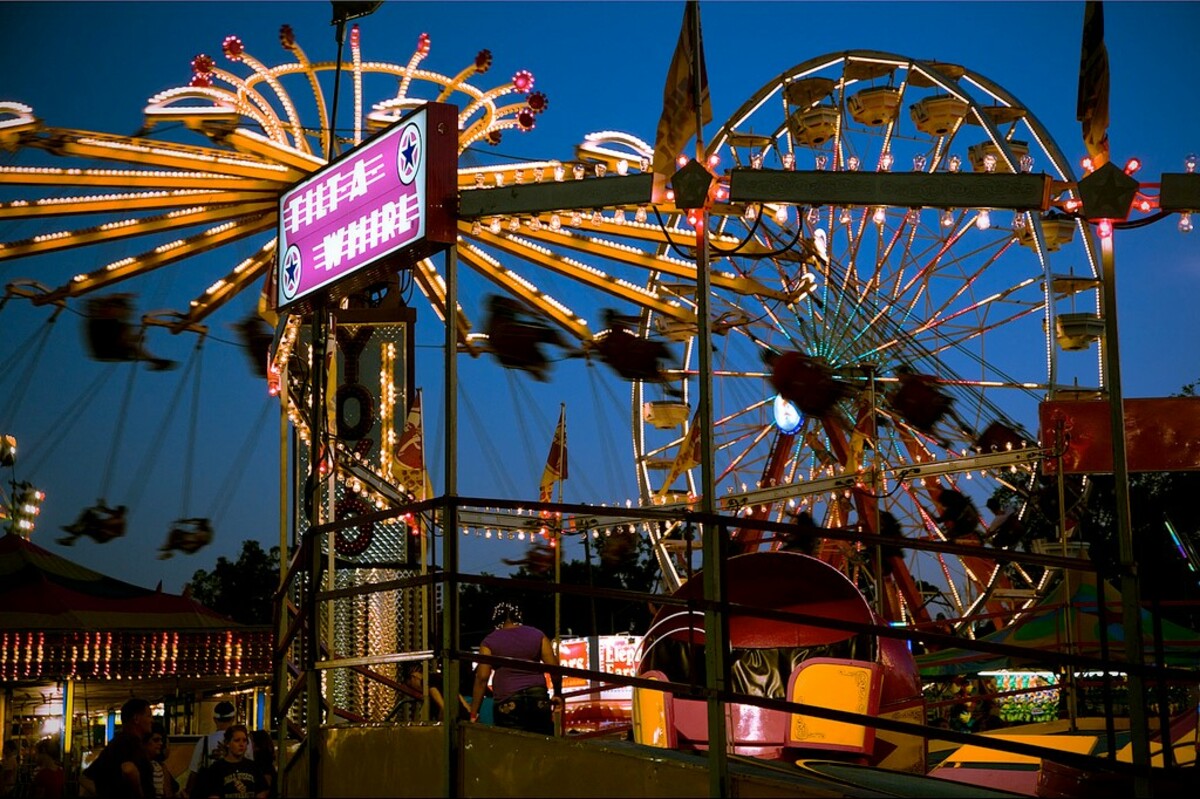 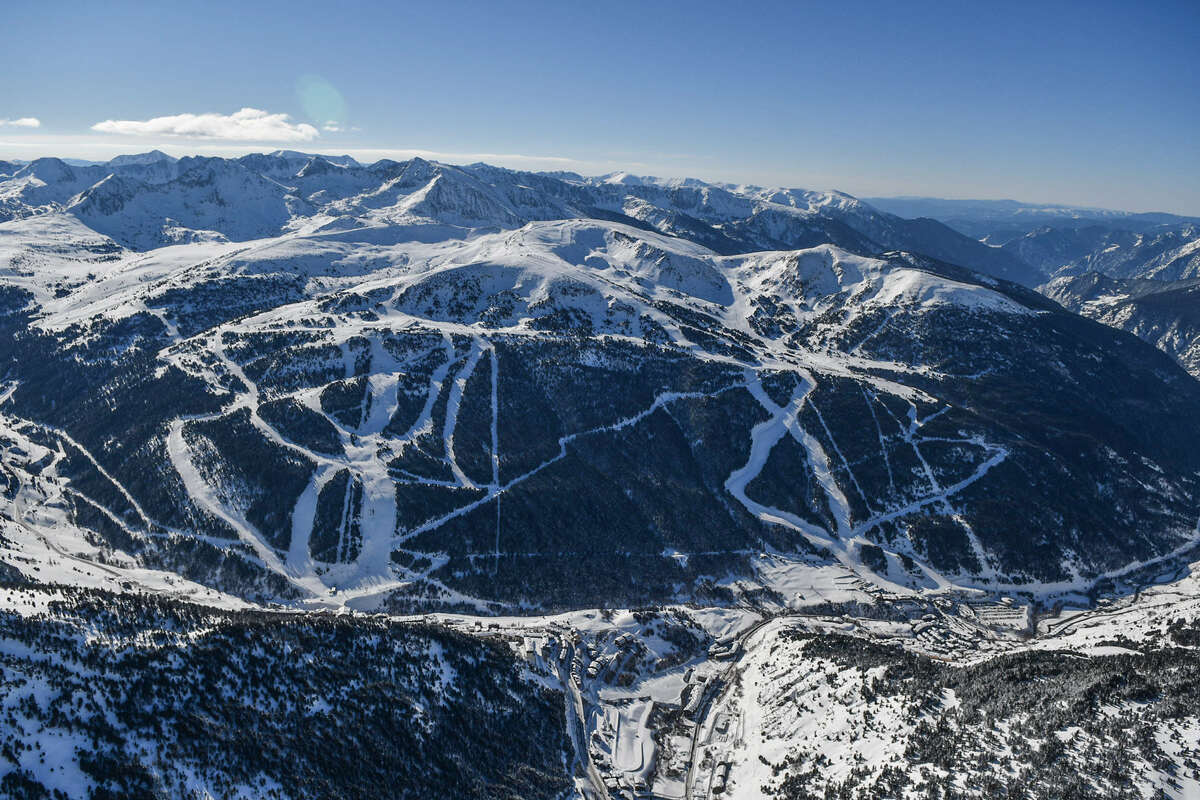 Pas de la Casa, situated on the French border, has Andorra's highest lift served terrain. With a convenient, if charmless resort base, comprising mainly of cheap and plentiful accommodation. The buildings are a collection of concrete box style apartments, which are near the main slopes and boast plenty of cheap shops and bars.

Eating out and the apres ski scene tend to gel into one but there is a lack of off slope activities unless you count shopping. The slopes main area is on a high treeless ridge which has good snow reliability backed up by good snowmaking infrastructure.

Now linked to Soldeu, the ski area is comparable to larger French alpine stations and boasts 210km of pistes. Pas de la Casa is a great choice for beginners and intermediates looking for a good value ski holiday.

Although not a resort for exquisite gourmet cuisine, Pas de la Casa has plenty of places to eat out. For grilled meat dishes, try KSB, for middle Eastern and Moroccan food go to El Raco d'en Sorolla, for Tapas then head to Cuisine du Perigord. If you fancy pizza or pasta pay Tagliatelle a visit and for French cuisine, try Chez Paulo.

There are a number of restaurants on the mountain to choose from including a number of fast food style outlets including pizza, burgers, sandwiches and salads. There a few restaurants labelled as 'restaurants with charm' offering a decent menu with international choices and good views.

Pas de la Casa is famous for its apres ski, and is especially busy at peak holiday times. As tax is very low on drinks, the prices will be considerably less than in the UK. Pub crawls tend to start off in some of the restaurants and then move to some of the bars in the square. Amadeus disco pub and the Habana Club Latin are popular bars.

Towards the end of the night El Mexicano and Billboard (in the Condor hotel) are usually very busy. With so many bars and clubs to choose from in Pas de la Casa, there will definitely not be a shortage of places to choose from!