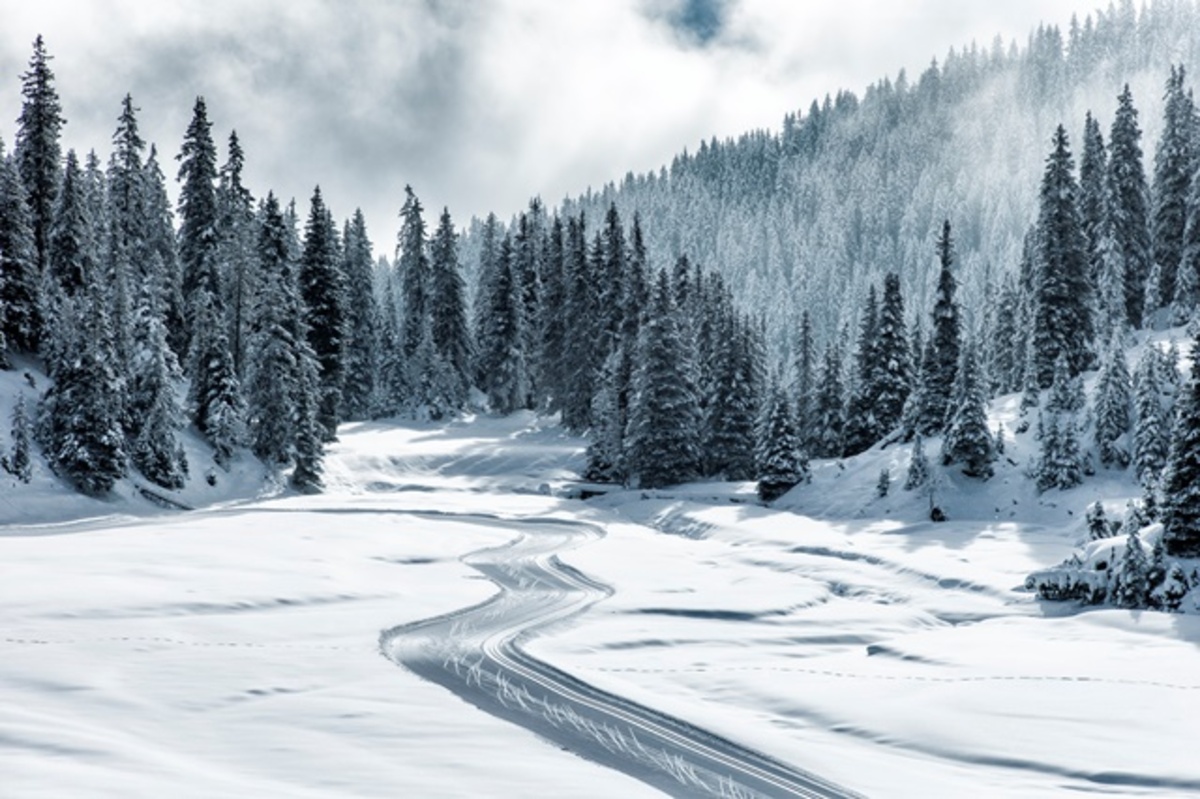 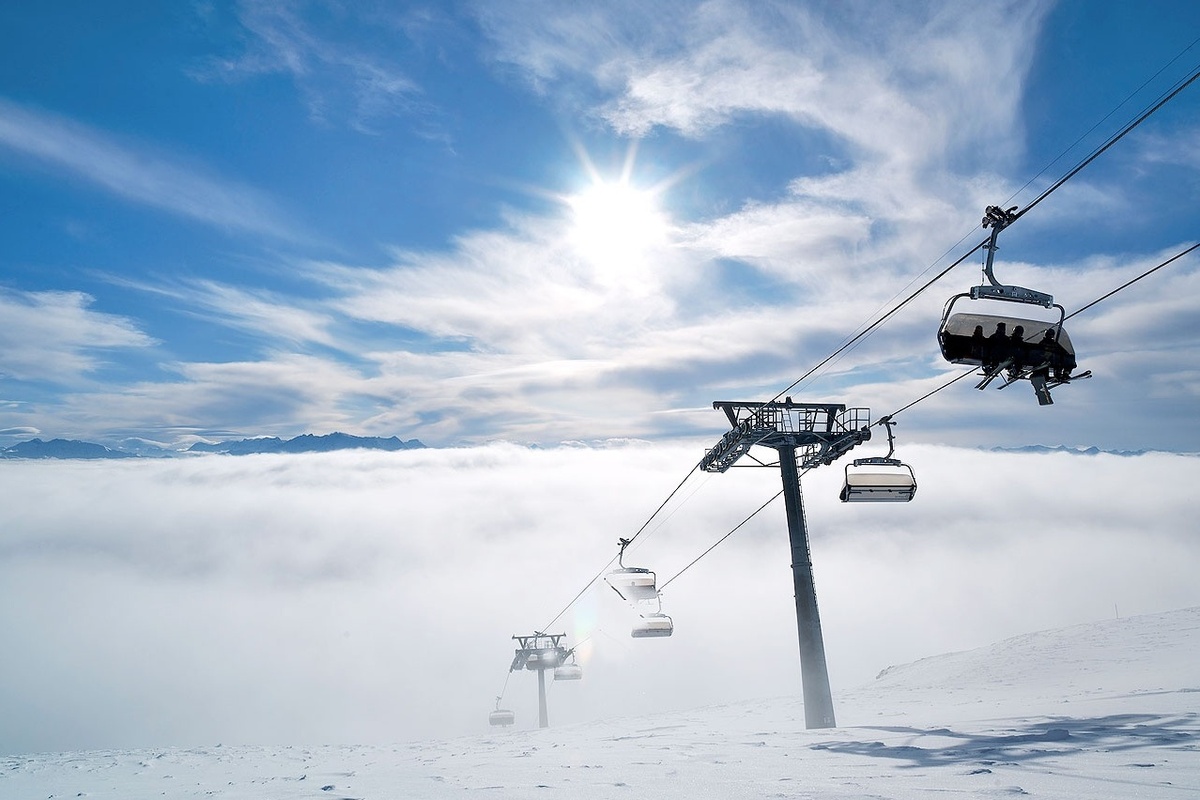 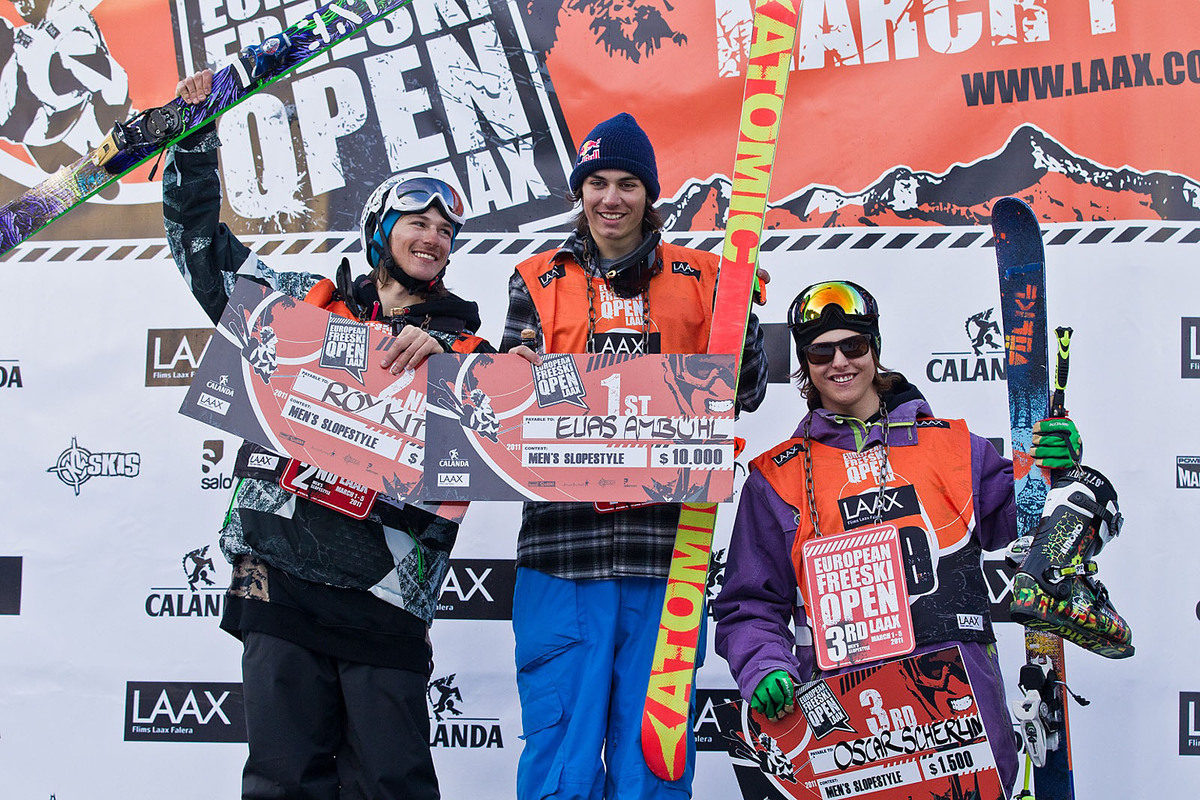 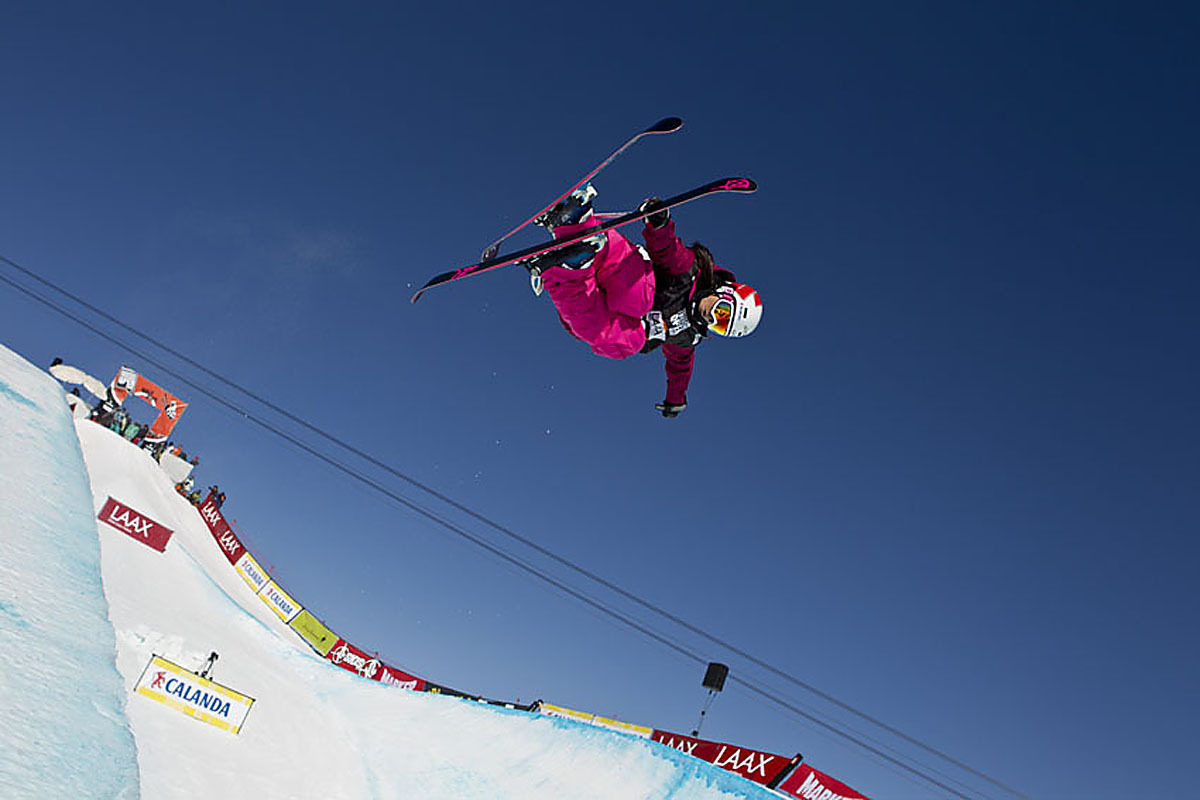 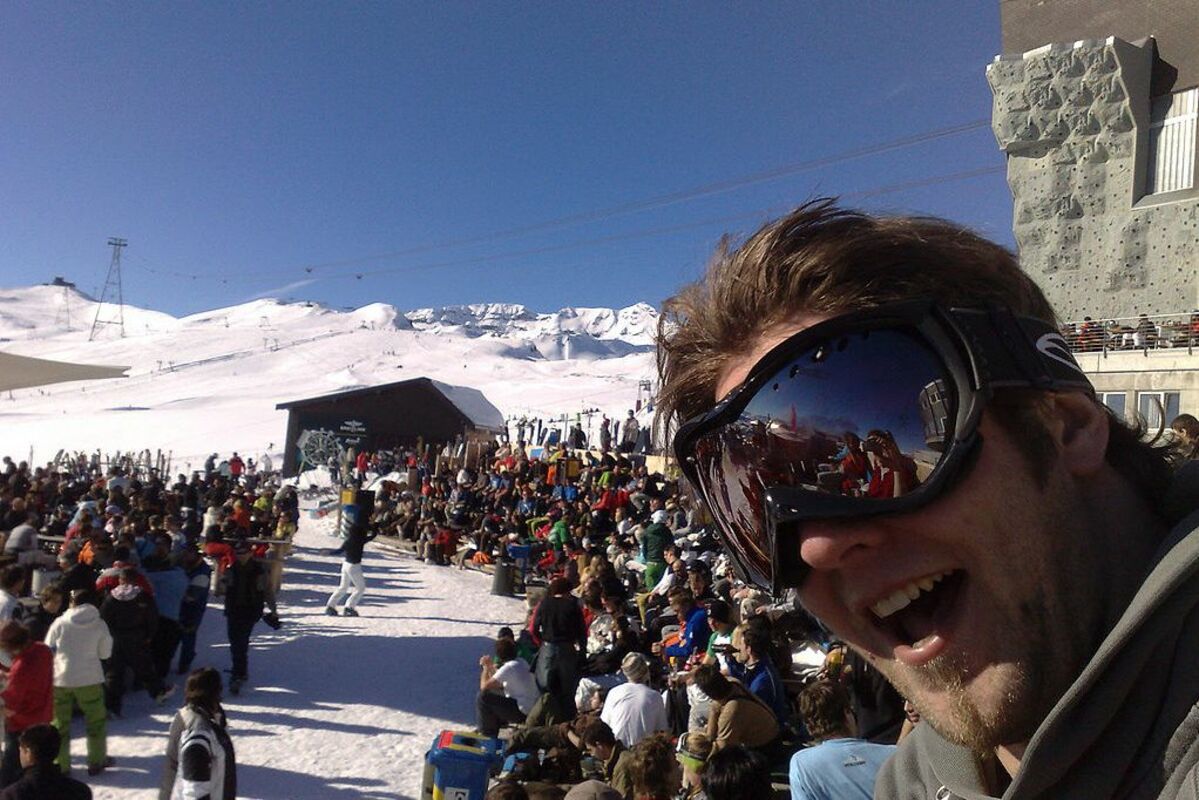 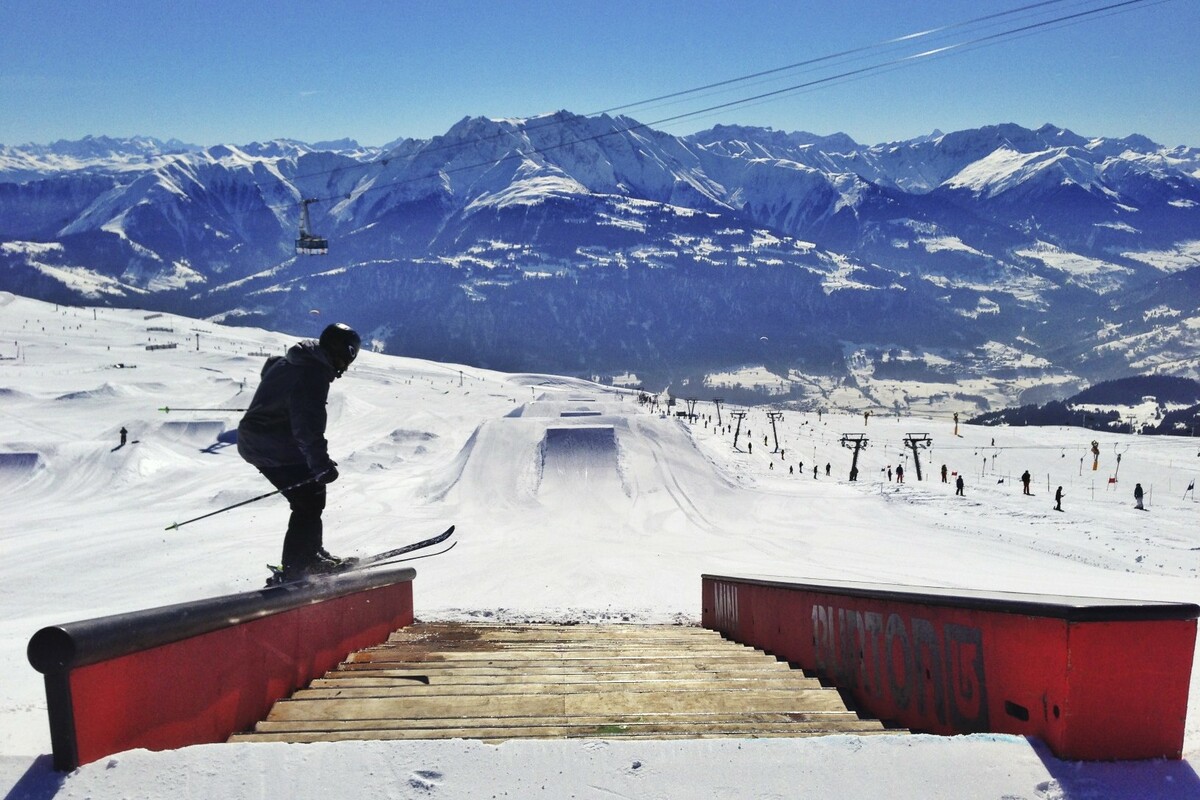 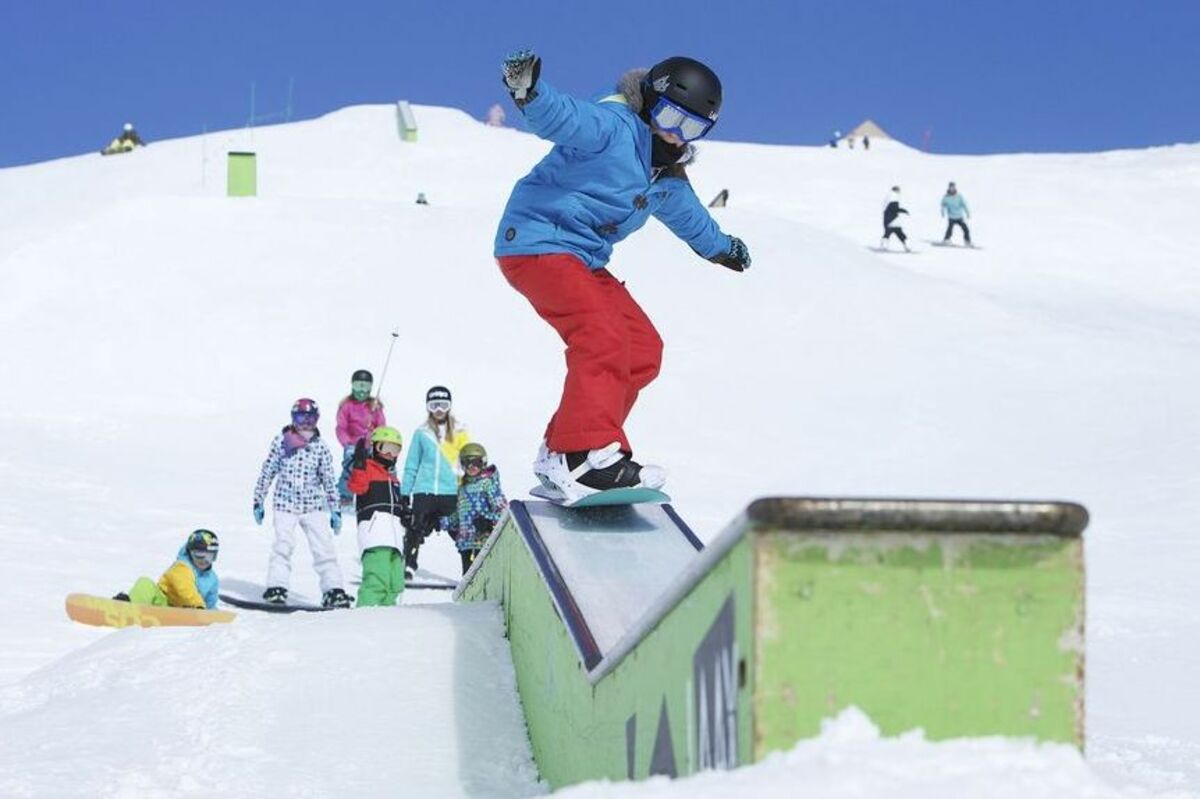 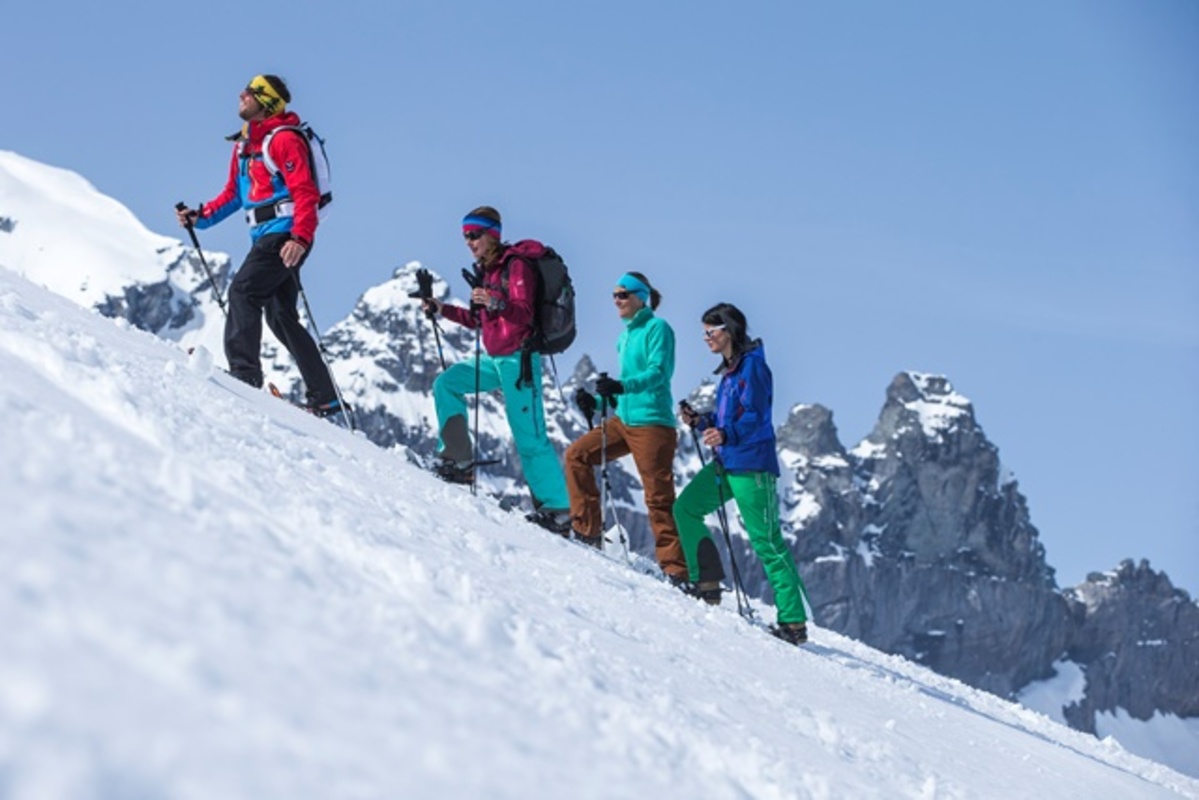 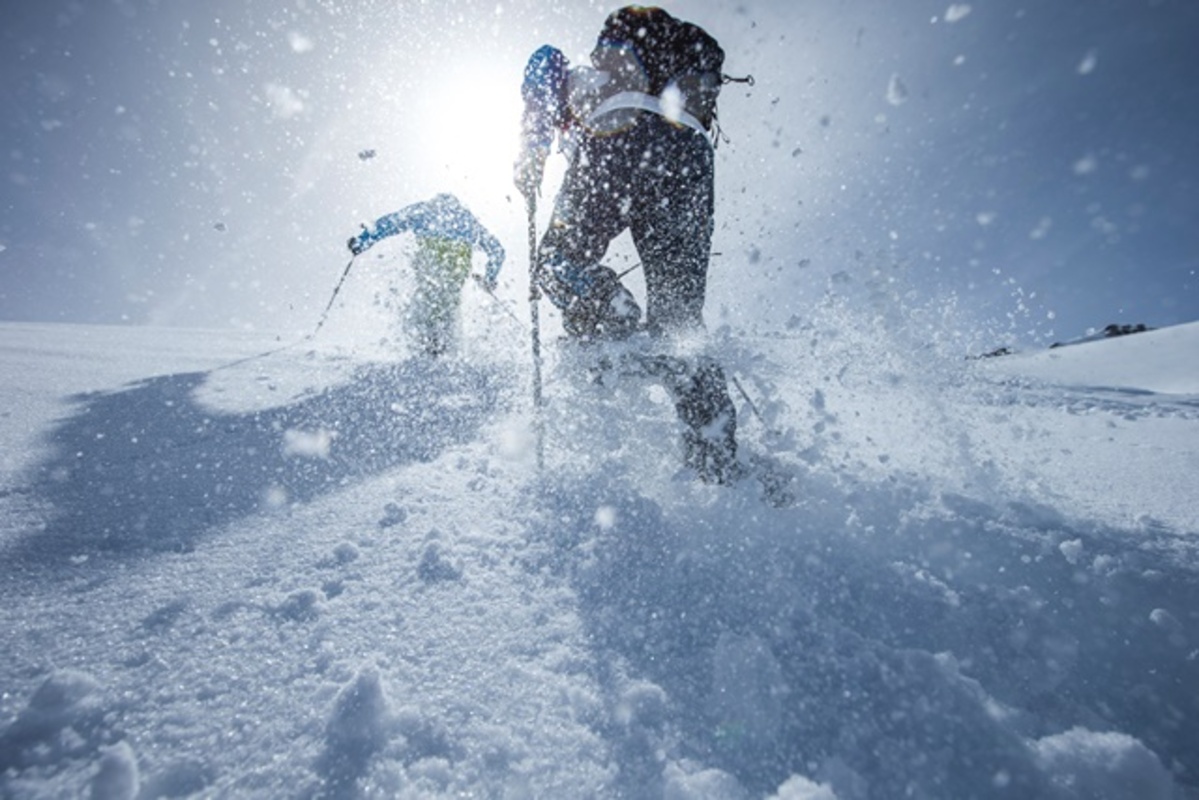 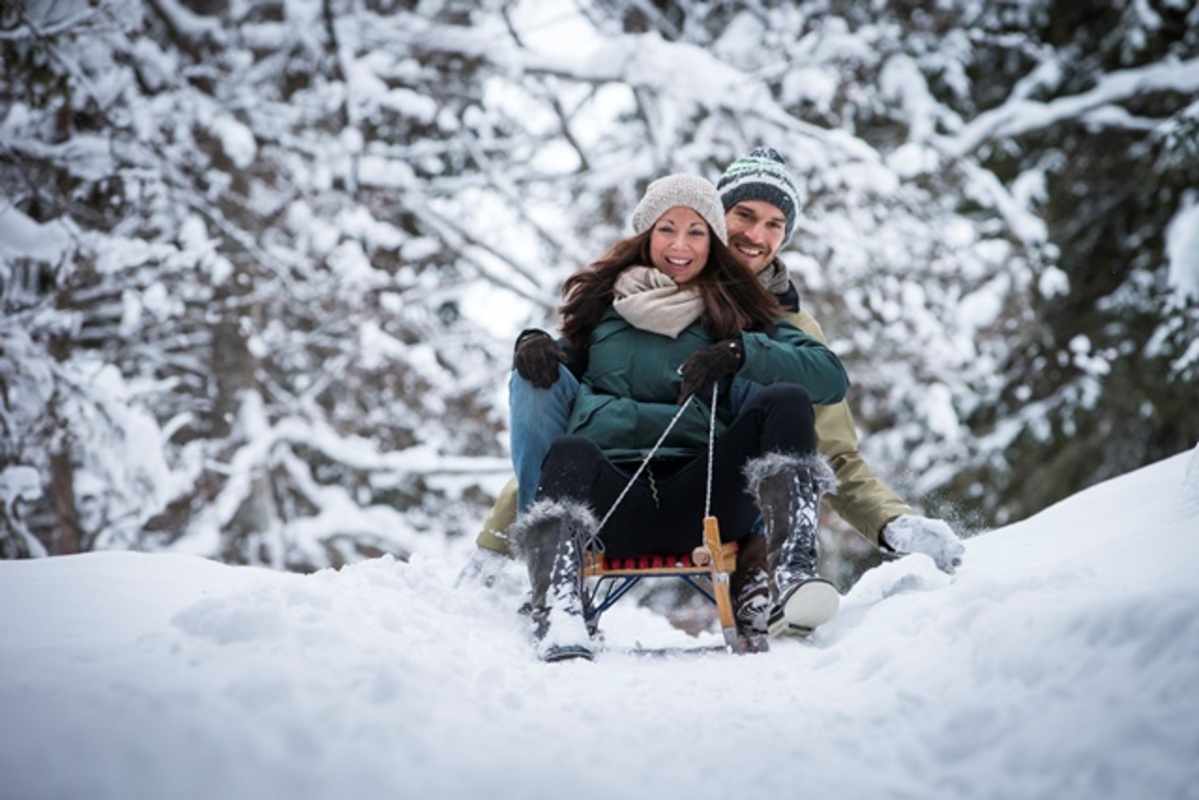 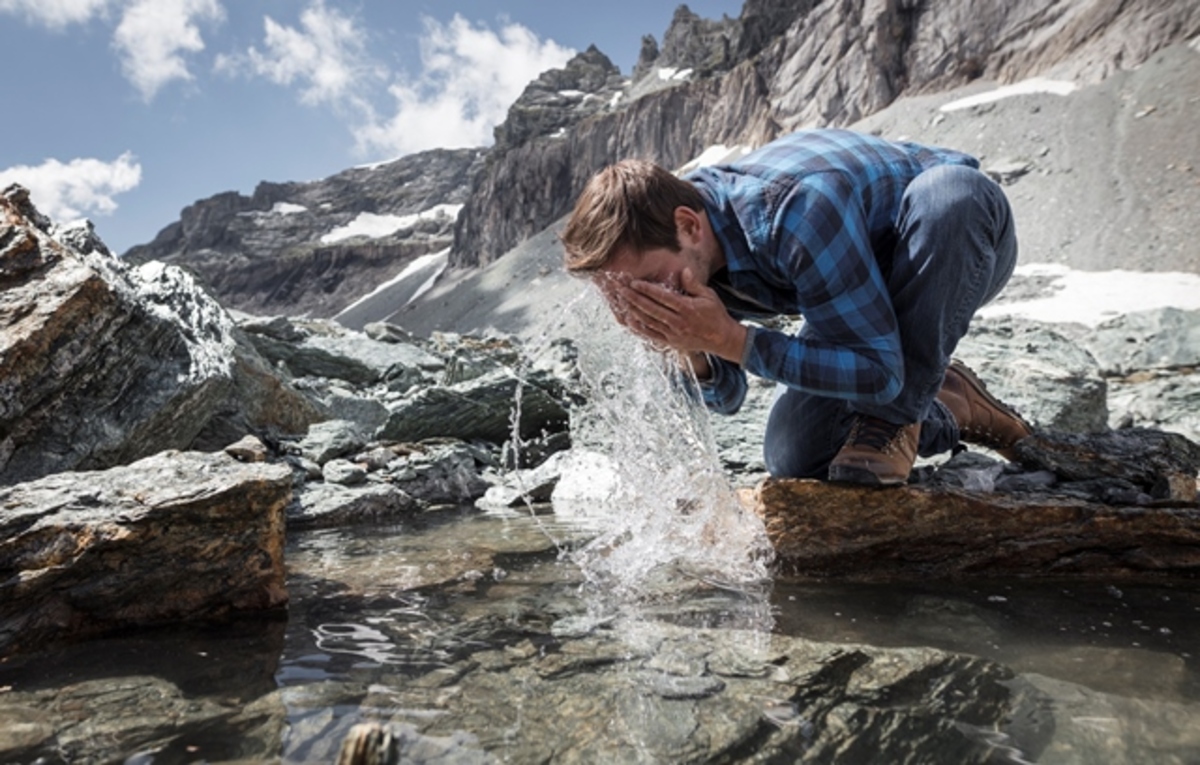 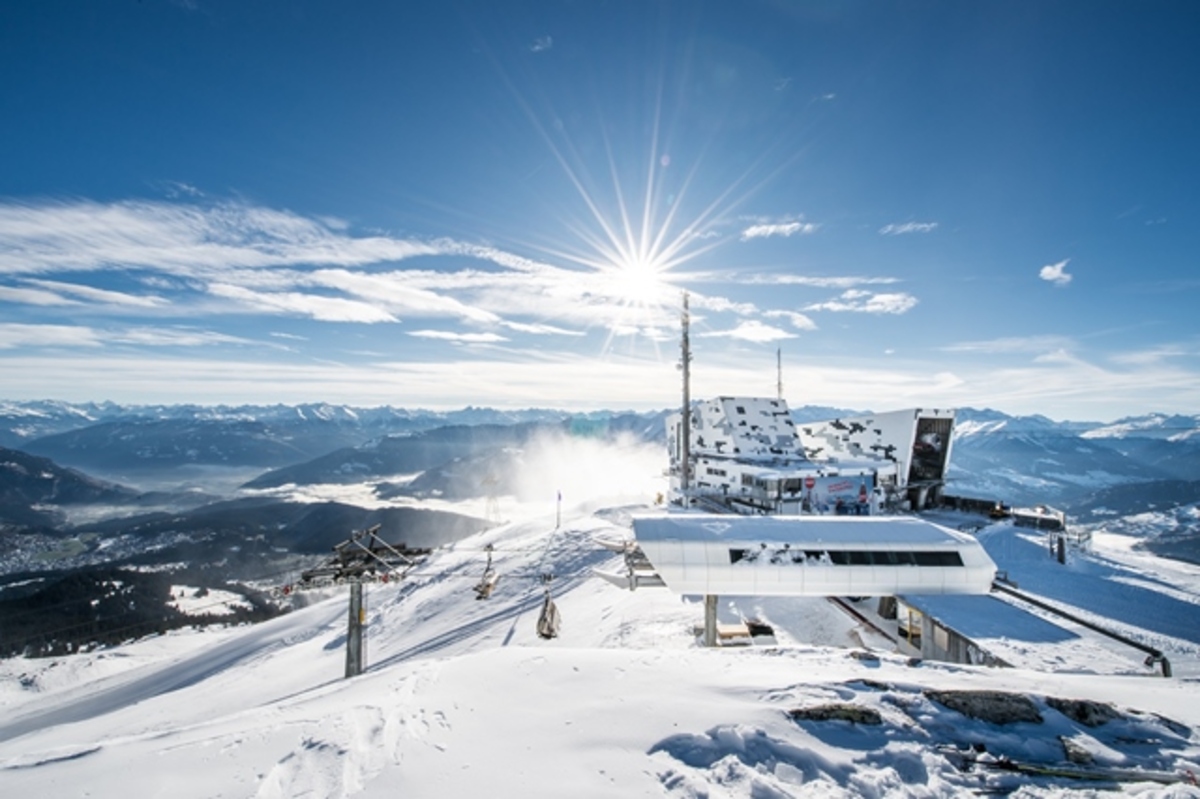 The modern development at the bottom of the Crap Sogn Gion cable car now seems to be called Laax, whereas the old village which is a short drive away is known as Laax Dorf. The modern and funky Riders Palace is THE place to stay when on a ski holiday in Laax and is also the venue for the best apres ski scene with its trendy and popular bar. The ski area is large (shared with Flims) and the upper slopes are snow sure. However, the lower slopes that get a lot of sun can get patchy towards the end of the season. There are quite a few weekend visitors from Zurich but during the rest of the week the slopes are all but empty making this a great place for intermediates wanting to cruise around the area. There is some good off-piste to be had for boarders and skiers looking for more adventure and if the weather closes in there are quite a few great runs below the tree line.

The Laax coach transfer shuttle service will be operating from 05.12.2013 to 21.04.2014 over the 2013/14 winter season, on Thursdays, Saturdays and Sundays. The shuttle stop is situated directly in front of the airport building (Arrivals, terminal 2). Departure time is 13:00hrs. The departure time from Laax back to Zurich airport is between 09:30hrs and 10:00hrs.

View all hotels in Laax

View all our hotels in Laax

In town all the eatery-action is centred around rocksresort. The nine sugar-cube-shaped buildings house eight restaurants: in Nooba with its funky purple and green lighting, diners share tables with strangers - as they would in Asia - while munching on edamame beans, spicy Pad Thai and green curries. Meanwhile in Burgers they tuck into jumbo burgers, hot dogs and fries. For those of you with a more sophisticated palet try Grandi's Ustria da Vin, Mulania a Gault-Millau awarded restaurant is the spot for seafood lovers. Waldhaus Flims Alpine Grand Resort & Spa houses six restaurants. The top one is Restaurant Epoca which offers gourmet dining and has been awarded 17 Gault-Millau points. The others include Pizzeria Pomodoro and Pizzeria La Dolce Vita also in the Waldhaus end of Flims. Las Caglias also in Waldhaus, is cutting-edge architecturally and houses a Bohemian-style restaurant serving good food at reasonable prices. La Clav is recommended in Hotel Adula. Clavau Vegl in Flims Dorf, is popular with the locals and renowned for its regional specialities. Da Nus in Flims serves Grisons specialities. In Laax, Romana specialises in Balkan cuisine, and Riva has good cheese dishes. Casa Seeli in Falera, is also worth a try.

Caffè NoName is one of the coolest spots on the hill. The concept is simple: a scruffily hip mountain hut where freestylers congregate to refuel on big bowls of soup, foot-long sarnies and coffee.This place is a sun trap with its cool tunes playing over the speakers and unrivalled views of the half-pipes and snowparks around Crap Sogn Gion. Das Elephant is the place for long lunches  white tablecloths, sheepskins rugs thrown over the chairs, sweeping views of the surrounding peaks and divine food. Eating in a tipi at almost 2000m up the mountain is what you can do at La Vacca perched at the top of the bubble from Flims. This is a super-trendy steakhouse housed in a big, white (heated) tipi decked out with proper tables, a wood floor and cow-skin throws, where diners can choose their own steak before watching it being cooked on the central grill. Other restaurants we recommend are: Ustria Startgels, Tegia Curnius, Capalari, tucked under the cable-car station at Crap Sogn Gion, Ustria Naraus, Segneshutte. Tegia Larnags is another gourmet choice.

On the mountain in LAAX the partying starts at Caffè NoName , is the place to start your apres ski with live music and great views to enjoy. In town the apres-ski scene explodes at the weekend when twenty- and thirty-somethings pour in from Zurich. A favourite is the Satellite Bar with a great range of drinks, good music and lots of atmosphere - it's particularly popular among boarders and freestylers. In rocksresort there's Il Pup with a modern-rustic atmosphere. In Flims Dorf, Legna Bar is the main rendezvous. Living-Ruhm Flims is less frenetic. In Waldhaus Flims there are five different bars ranging from the relaxed Segnes Winebar to the Grand Bar for everything from aperitifs to after-dinner drinks accompanied by live music. But nothing can quite compare with the Riders Hotel, where the lobby has laid-back indie music.

For night owls the downstairs Club at the Riders Hotel is the place. At weekends, half of Zurich seems to be in there when there's live music and DJ's from 9pm to 4am.